When he felt threatened, he used to give orders to fire poisonous gasses at the protesters.

But he was not a murderer. And in 'modern' Egypt, that was quite an achievement.

He tried to improve the dire situation in his country, but he kept failing.

On the other hand, he separated his government from the gangrenous military embrace. The western-sponsored Egyptian military has been managing to infiltrate everything (under Mubarak's rule as well as now), fully controlling all aspects of the Egyptian state.

Mr. Morsi tried to please everyone in the terribly divided Egyptian society. But in the end, nobody was satisfied.

Hard-liners in his Muslim Brotherhood hated him for not being radical enough. The anti-religious Left despised him for not pushing harder for social reforms, and for a secular state. He was both obeying the US and the IMF, while at the same time alienating them.

In the end, he appeared like an uncertain, confused and weak man.

In 2012 and 2013, my friends, my left-wing comrades, were battling police in front of the Presidential Palace in Cairo. I was there, with them, filming, face covered with water-soaked rags in order to at least somehow protect myself from the highly poisonous teargas. 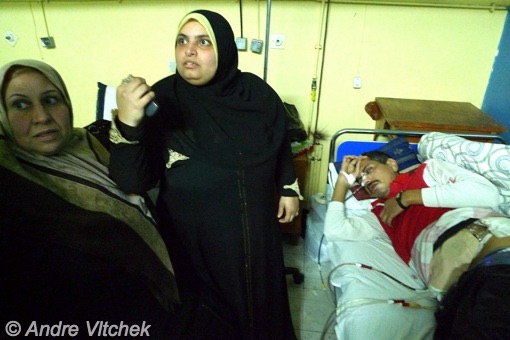 In those days, no one seemed to like Morsi.

Related Topic(s): Egypt; Egypt Elections; Egyptian Politics; Egyptian Revolution; Mohammed Morsi President Of Egypt, Add Tags
Add to My Group(s)
Go To Commenting
The views expressed herein are the sole responsibility of the author and do not necessarily reflect those of this website or its editors.