The email exchange with the Students Union Leaders included a piece of information which I was actually aware of:

"Everybody here is occupied with JNU student union elections next week. It is one of the most important places of ideological resistance to the current Fascist government in India. "

Modi" Yes. They hate Modi at JNU. Many do. But then later, in Delhi, after accepting the invitation, in an Uber from my hotel to the university, I was told, bluntly:

"Your friends, including Arundhati Roy and a Kashmiri documentary film director Sanjay Kak, used to speak at this university, often. Now they cannot even show their faces here, or there would be a riot organized by the RSS."

At that moment I knew that I am on my own. Ready to face the students at the school which could be still considered the best public university in India, but which was hostile to even the most luminous intellectuals this nation has recently produced.

I recalled how, four years ago, in a cafe' in New Delhi, sitting at a table with Arundhati Roy and Sanjay Kak, I committed an indiscretion, exclaiming:

"But India has such great opposition figures!"

Arundhati looked at me, sarcastically, and uttered:

"Yes, and most of us are sitting, right now here, at this table."

My encounter with the JNU students and researchers was colorful; from the beginning to the end. They wanted me to speak about the "Global South", and about the conflict between the West and both China and Russia. 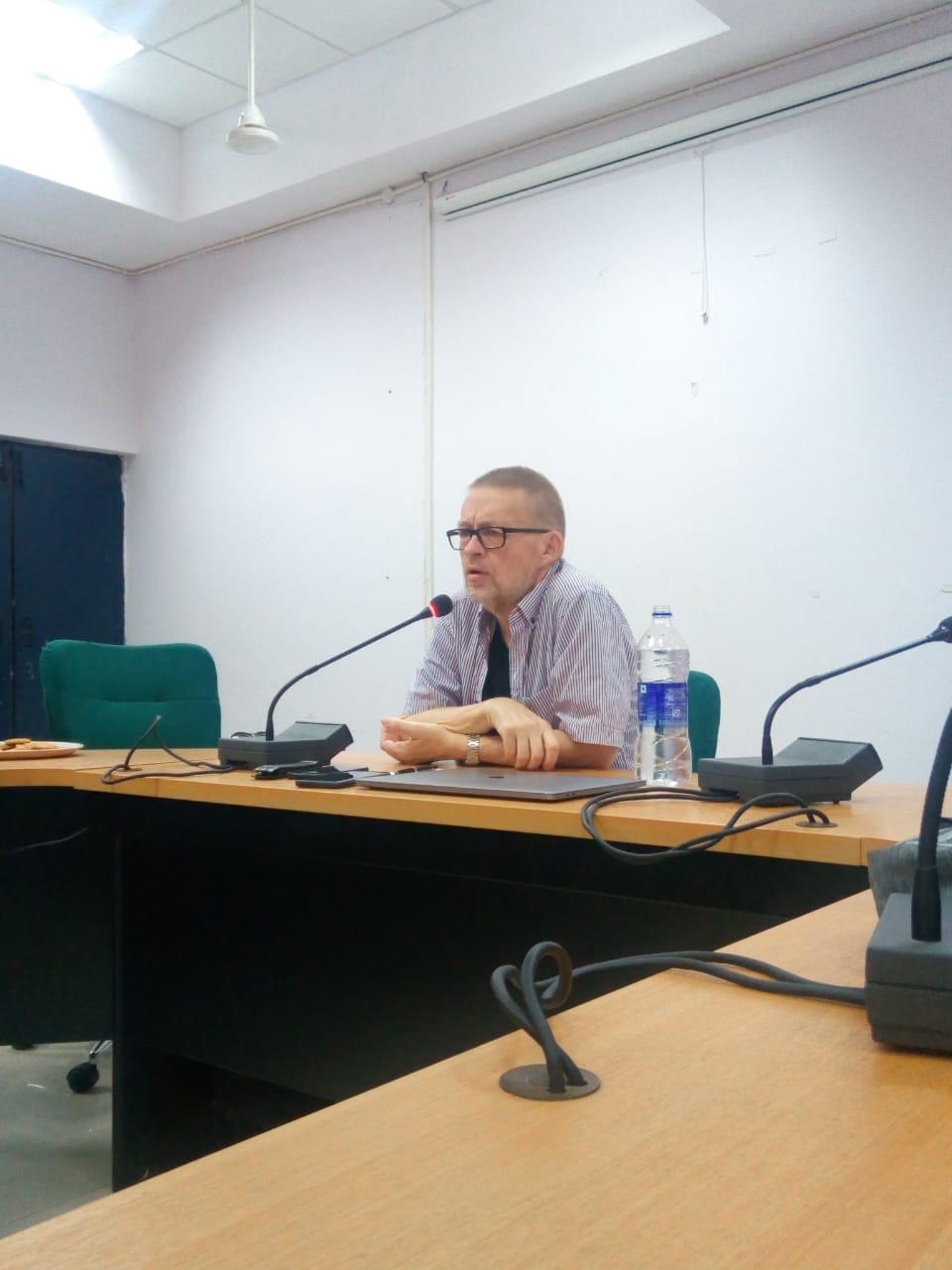 Related Topic(s): Capitalism; Global Capitalism; India; Propaganda, Add Tags
Add to My Group(s)
Go To Commenting
The views expressed herein are the sole responsibility of the author and do not necessarily reflect those of this website or its editors.