The FARC has been allowed political participation, but every trick and every manipulation has been used to close down their participation. Agrarian reform, which is the essential point of the peace agreement and the key component of peace in Colombia, has not been kept. Legislation was passed even before the peace agreement was signed to make it impossible for this agrarian reform take place. Land has actually been transferred to corporate interests, to fracking and other interests. Then the media is completely controlled by the government and now the far-right, so everything in the peace agreement was closed, but key issues.

It's not just any people who any two commanders who are announcing the war. The chief negotiator, Ivan Marquez, the man who was there throughout the process, leading the negotiation with the government, the man who's sat with former Secretary of State of the US, is the one that announced that he cannot sign the peace agreement. That cannot be ignored. But it's also Santrich who was next to him, another negotiator who was accused of being a drug trafficker without any proof. And he was going to be extradited to the United States, except that the Supreme Court of Justice in Colombia demonstrated that no proof had been given of his crime.

The persecution against FARC, the assassination of 150 FARC members and the recent assassination at the hands of an army battalion of a former FARC now peasant, not only assassinated, but tortured in a most brutal way. Then denial by the Minister of Defense that it has happened, and the assassination of more than 600 leaders of social movements in the country, proves that there is no intention from the government to keep this peace agreement, which is a poor peace agreement to begin with because it doesn't address any of the structural problems that lead to the revolutionary war in the country.

But even that, as you said, was a beginning. But when in every corner of Colombia, as we discussed before, the leaders of social movements and processes are being threatened and murdered, what peace agreement? What peace can be achieved? That's the situation the way we see it now. That's why they couldn't trust anymore of the government, and then they divided themselves. Part of FARC remains in government and is still in place, even accusing those that launched this announcement as betraying the process and betraying FARC. And Marquez and the ones you showed are showing that there is no way to trust this government, and that the peace agreement is over. That's the current situation.

GREG WILPERT: Now, there's a statement circulating in [Valle del] Cauca, in the area where you are, that is going to be signed by social movements and Indigenous organizations, calling on Marquez and Santrich to reverse their decision. The statement says, "We call on you to declare an immediate indefinite ceasefire, during which you commit yourselves to listen to the voice and the decision of the social movements, and of all actors who wish to organize themselves, to decide during a defined term, one year, the path to follow in order to rise against the establishment and to commit ourselves to a consensual path to achieve peace and autonomy with dignity." And then it goes on to say, "Listen to the people. Do not respond to war with more war." I'm wondering who is probably signing this statement, and why are they signing it?

MANUEL ROZENTAL: Well, the first thing I should say is underscore the fact that people who have lived under war in Colombia have told both the government and FARC that we do not want any more war, that war will not achieve any social change, that war is actually an instrument of the state that will only serve the purpose of the state and capital and corporate capital to dispossess people and accumulate wealth, so war will not solve any problem. But war belongs to capital and it belongs to the state in the long history of Colombia and in the most recent history of Colombia.

The peace agreement was actually a demand by people affected by war. People wanted peace in order to mobilize sorry, people wanted a peace agreement, an accord, a ceasefire in order to mobilize, to construct peace from below, so the agreement is not peace .The agreement was an opening of space to actually counter the concentration of wealth, resources and power in the hands of the few wealthy in Colombia, and of transnational corporate interests. That's what peace was for. That's what we expected would happen. That's exactly what a war, and a continuing war, would stop. Launching war now, first denies the decision made by most people in this county affected by war, that we don't want war anymore. It is not a decision consulted with people, so it replaces and supplants the popular will and then it allows the government the pretext to attack the social movements and organizations. If it has killed has more than 600 leaders of social movements throughout the country with the peace agreement in place, throughout the country, imagine what it will do now that it has a pretext to attack everybody.

This is what's behind this. What happens is it's a sentiment that people have expressed to FARC, to those launching this decision, and to the government. That without violence, this establishment will not remain and cannot achieve its interest, and that stopping violence will allow people to express themselves and construct something else. Although those signing this statement understand the right expressed by these former FARC or FARC commanders to defend themselves and to rearm themselves, it's understandable, it is a mistake in every way. They are playing into the government and the establishment's interests. And the war launched will be, and is, a war against the people, not for the people. Just to quote a number that appears in that statement, seven out of every ten people that died during the 50 yearlong conflict were civilians not involved in war. This is a war against the people from the state and with the pretext of it being a war against the revolutionary faction.

This is why that statement asks for a period of time where people can organize themselves without war. A period of time where actually FARC and those FARC commanders who have been forced to go into hiding and go into protecting their own lives, to actually articulate themselves with the social movements who want to find a way out of war in a peaceful way, not playing into the government. That's the situation.

GREG WILPERT: Okay. Well, we're going to leave it there for now. I was speaking to Manual Rozental, activist and founder of Pueblos en Camino. We'll of course continue to follow this. Thanks again, Manual, for having joined us today.

MANUEL ROZENTAL: Thank you, Greg. Thanks and we hope we can achieve this, that people are listened to finally.

GREG WILPERT: Right. And thank you for joining The Real News Network. 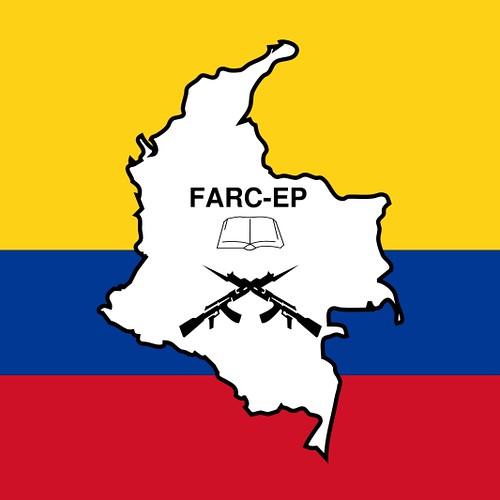 Related Topic(s): FARC, Add Tags
Add to My Group(s)
Go To Commenting
The views expressed herein are the sole responsibility of the author and do not necessarily reflect those of this website or its editors.