While I realize that I would probably be far more popular on this particular site if I found some fresh, new ways to bash multi, mega-billionaire Jeff Bezos, for the moment I'll leave that to others. Right now, as a typical consumer who has not studied the commercial phenomenon of Amazon, but has certainly been caught up in its cultural wake, I'd like to share a few thoughts...

Firstly, is it really fair, in a capitalist democracy, where the consumer is left to his/her own designs (at least theoretically, if not always actually) to blame the behemoth Bezos has wrought, if he has made it virtually impossible for most rational individuals to forgo the convenience, efficiency as well as generally reduced cost of shopping on Amazon? This is not to say that Amazon's decimation of the retail market in America is not an outright tragedy. But, considering the pace of technological innovation, wasn't this going to happen one day, sooner or later? And, again, in a capitalist democracy, it is not Mr. Bezos who has brought about this state of things by sitting at his computer buying his own goods. It is the American public which has decided to do so, in zeitgeist shifting numbers.

But what has really prompted me to write a more sympathetic assessment of the unprecedented success of Amazon, more than I probably would have even a few months (if not weeks ago), is the experience I've had with three offshoots of Amazon online: Amazon Prime Movies, Kindle and Amazon Music.

A few years ago I didn't even watch television. The only thing I used my TV set for was to watch videos I borrowed from an extraordinary local library system. I watched countless movies, documentaries and eventually became addicted to the "Great Courses" (videos of college courses), which my library almost had a complete selection of.

I eventually had to move back home to where I grew up in order to take care of my mother who's second husband had past away. And she loves television. So, just to be companionable, I subjected myself to it (well at least to MSNBC with the commercials on mute). While I always had a computer, I did not really know what Netflix was, let alone Amazon Prime Video. My older sister, (who had been trying to get my mother to watch the Netflix Original series, "The Crown") bought her an Amazon Fire tablet for Christmas. My mother was about 90 years old at the time, so I was the one who started to fiddle with it. The Amazon Fire tablet came with (as even my sister wasn't aware) a Kindle.

I thought it was pretty cool, but nothing life changing. I had always been a reader, and while I had all sorts of issues regarding starting to read books on a video screen (and still do) at the age of 61, I couldn't resist the offers to download the complete works of Charles Dickens for zero cents. Or the complete works of Jack London for zero cents. Or Aristotle. I eventually succumbed and actually paid $.99 for the complete works of Leo Tolstoy, as well as Dostoevsky. But what probably put me into true book-shock was a certain other collection which I didn't think it would even be possible, for one reason or another, to make available at all, let alone for $.99. This was the "Harvard Classics". Many people of my generation pretty much put the "Harvard Classics" in the same category of "ultimate Gold Standard" as they once did the "Encyclopedia Britannica". I many-a-time considered purchasing the entire hardback collection, but even decades ago that was nearly $1000. No, Amazon is not responsible for the creation of the "Harvard Classics", nor any of the other books. But the ease they make them all searchable and downloadable, is no small matter. The fact that I was able to download all 51 volumes of what some still consider the greatest collection of literature in history, for less than one dollar, had a pretty profound effect on me.

But since sis started this because she was mostly interested in getting us to watch Netflix, I tried watching it on the tablet, but didn't like to. So I did some research and found that for about $40 (when it was on sale) one could by Amazon Fire TV. This enabled one to access Netflix via Amazon and watch it on one's own tv. And for someone who did not until recently even watch television, this was (to put it mildly) "a revelation". I not only understood now what some of my more cultured and sophisticated friends had been saying when the said, rather matter-of-factly, that "TV was much better than the movies". I always assumed they were either exaggerating or had completely gone of the deep end. And I also understood why my sister had been so insistent on us viewing "The Crown". It was, indeed, one of the three best things I have ever seen on screen. This led to "House of Cards", "Homeland", ad infinituum.

I was in the American cultural mainstream (for better or worse..) once again.

While these particular programs aren't Amazon originals, Amazon, of course, does have their own. But what distinguished Amazon in this regard was not necessarily their own original programming, but how they made their movies available. They do so in a way that even Netflix can't compete with. I've made a point of comparing the two, and Amazon does a couple of things that are quite extraordinary. For one, Amazon has far, far more films available free than does Netflix. Netflix fans might doubt this. But try, for instance, to search on "Opera" on Amazon and then on Netflix. Amazon actually has a lot of operas available, Netflix none. Or search on certain directors or even actors. You'll be struck by the difference. Netflix also tends to have high name recognition features or series. But, I've even watched a 3 hour live action film (a really great one) on an obscure 9th Century Hindu philosopher. Or, try searching on, say, Jackie Mason (or George Carlin). On Amazon all kinds of things come up for free. Netflx zilch. But another thing Amazon does that Netflix doesn't (or won't) is show you everything that is available for free, or for a nominal charge to rent (usually for 2 or 3 bucks), or even if it is available on another service, such as HBO, Showtime, Tubi, Starz, Cinemax, Starstruck, and on and on. They all come up at the same time in the same place. Also, with Alexa, you can just say (into the remote) "James Bond Movies from the 80s" and not only will they all come up, most of them will be available free. Not so with Netflix.

No, I am not an Amazon plant here. I have no relationship with them other than my peraonally bought Kindle and Fire TV. But one thing that a number people aren't aware about Bezos and consequently Amazon, is that Bezos' business model and business philosophy are very, very unusual and may be as much responsible for the kind of impact Amazon is having as the simple fact of technological innovation is. After all the same technology is available to everyone, but there is still only one Amazon.

I heard Bezos say in an interview that (believe it or not) he is not in competition with other businesses. He says that what Amazon does it, first, to figure out how best to serve the consumer, i.e. how to make them the happiest, and they then work backwards from there. You may say that every business does that, and to some degree you may be right. But what Bezos is saying is that he doesn't look at other businesses and say "How can we beat them?". He ignores them completely. And I tend to believe him. That would actually explain why he isn't spending billions of dollars advertising how, by most objective criteria, Amazon Prime is far superior to Netflix, and that you can get it for less money (I, of course, now have both), and get a boatload of other perks (which I won't go into detail here) that Netflix isn't even in the business of providing. All for less than the subscription to Netflix.

And now we come to what really put me over the edge. For $79 per year (and 3 months to actually just try it out for free) you can listen to virtually any piece of music ever recorded. From pop to jazz to classical to rock to soul... 55,000,000 pieces of music. I cannot tell you what a number this has done on me. And trust me, I spent many hours testing it. How may of you remember Lord Sutch from the 1960s? I see one hand out there? I wouldn't be surprised. He was one of those one hit wonders ("Don't You Lay No Boogie Woogie on the King of Rock & Roll") from the era. So I figured, hey, if they have this guy... They have about 3 albums by him. Or how about one of the truly original rock bands, "The United States of America"? They only made one album ("The price is right, the cost of one admission is your MIND...") They have this record. Along with every song or album ever recorded by, the Stones, Beatles, John Coltrane, Pink Floyd, Django Reinhhart, Andres Segovia, the Manhattan Transfer, Daniel Barenboim, Bobby Short, on forever....

For me, to be able to say "Someone to Watch Over Me" into a remote and have everyone who ever recorded the song come up, and to be be able to save it in my online collection, has had a much of an impact on me as just about anything in my adult life. And this alone, had it been made available 15 or 20 years ago, would have changed life on the planet as we know it. But, I'm not aware of any kind of major (or even minor) marketing push to make people aware of it.

Yes, I'm sure Bezos is probably violating any number of moral, ethical and social standards which we should all be cognizant of and vigilant to oppose. So I've withheld the last 1/2 of a cheer. 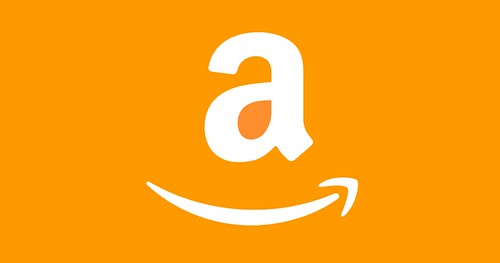 Related Topic(s): Amazon; Books; Business; Innovation; Issues; Money; Movies; Music; Music; Netflix; (more...) Other; Other; People; People; Technology; Technology; Television; Time, Add Tags  (less...)
Add to My Group(s)
Go To Commenting
The views expressed herein are the sole responsibility of the author and do not necessarily reflect those of this website or its editors.