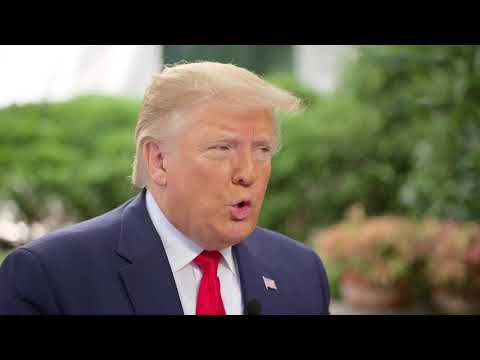 Russia is our friend, Ukraine is the enemy. We have always been at war with Ukraine.

The Trump "warriors" are working overtime to erase all evidence and consequences of the Mueller Investigation and Articles of Impeachment. Woosh, down the memory tubes. This is how democracy dies, to the deafening sound of a MAGA hate rally.

Kathy Malloy here Truthseekers, it's been too long since I've written anything here. To be honest I've started to write some snarky commentary almost every day, but can't quite organize my thoughts into sentences. Each day brings a fresh assault to our Democracy and I can't keep up. It almost reminds me of the day -- long, long ago now, when I realized technological advances had outpaced my skill set. I wasn't the cool kid on the block who you called to program your VCR and wire your stereo surround sound -- these little silicone chips turned my analog world upside down and I surrendered.

It feels like that now every day. The Senate Impeachment "trial" ends before it begins, by the next Morning Trump is waving around newspapers at the Prayer breakfast. Hours later he holds the most disturbing press conference I've ever seen, insisting that the only corruption in Ukraine involved Hunter and Joe Biden and calling the FBI "scum."

It's been a fast ride down the revenge rapids the last three weeks, with the venom and the pardons and the firings and replacements displayed in 4D on the telescreens. Big Brother Loves You. But he f*cking hates James Comey. And Biden. And McCabe. And Struck and Page. And Adam Schiff and Nancy Pelosi. It's too much to digest. More Russian election interference in the news today -- involves Bernie, too. Trump fires the messenger and appoints a Devin Nunes' underling. How are we supposed to deal with this -- with any of it?

And why is no one in the street? I'm so old I remember producing this show (in front of some of the EXACT equipment) and interviewing Cindy Sheehan from Camp Casey in Crawford TX. There were anti-war protests and counter-inaugural events, Air America Radio, loud liberals shouting about war crimes (we were among them). Seems almost nostalgic now. Trump fatigue. Total burnout. How do we pick what to protest anyway? The Impeachment scam? The child caging? The trillions of new debt? The global disgrace we have become? And there seems little energy or interest in fighting this monster anymore. Feels like we've been hacking away for years and still haven't broken through the AquaNet.

Trump's approval is at 50% and I don't recognize this place anymore. Some weird protest group glued mini-MAGA hats on pigeons and flew then over Vegas during the debates -- not making it up. This is where we live. What does a Trump Second term look like? We won't be welcome there. I fear for the safety of my family and I'm not being dramatic. Oh, we wouldn't be at the top of the chopping block like the editors of the Washington Post or the NY Times -- or Jeff Bezos -- but when the loyalty census was complete, we would be on the blacklist and headed for the Khashoggi treatment, with no one standing in the way. Just like Pastor Neimoller lamented.

We aren't giving up or giving in, but are getting ready.

Kathy never expected a career in radio as a talk show producer. Born and raised in Atlanta, Georgia, Kathy was completing her nursing degree when in 2001 - in an emergency - she was asked to fill in as the producer of Mike's program. Within a few (more...)
Related Topic(s): Corruption; Democracy; Impeachment; Protest; Rally; Trump, Add Tags
Add to My Group(s)
Go To Commenting
The views expressed herein are the sole responsibility of the author and do not necessarily reflect those of this website or its editors.