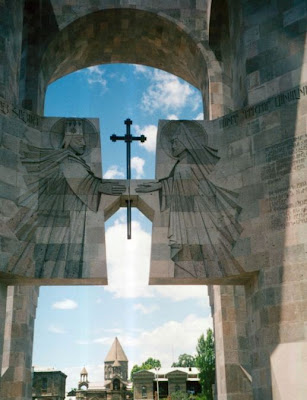 Ring In The New Year With A Spanking New Phobia!!

It is unfortunate that although not all Muslims are terrorists,
all terrorists are Muslim. - Anonymous

WARNING: Today's climate is not good for defending Muslims. And while the article does not defend acts by Muslim terrorists, the fact is that anyone in line with prejudiced voices within the Christian Right will think me extremely anti-Christian and totally un-American.

There are many, many wonderful Christians in this world. They go about doing and fostering good works and do not think it necessary to proselytize. They just do the work that's needed, then go to the next group in need. To these people, I say a sincere "thank you". You are worthy of praise and not condemnation.

There are also some people who have distorted basic Christian beliefs and have pushed their own agenda while saying that it is God's. To these people I say "Go ahead, be insulted" for if only a small fraction of what I'm writing about is true, then you deserve to own up to your sins. And those sins involve avarice, pride, arrogance, maliciousness and yes, murder.

Islamophobia: the fashionable phobia for right-wingers this year.

Rev. Dan Vojir is has been writing/blogging on religion and politics for the better part of ten years. A former radio talk show host (Strictly Books " Talk America Radio Network) and book publisher, Dan has connected with some of the most (more...)
Related Topic(s): Christianity; Hypocrisy; Islam; Jesus; Peace; People Falwell Jerry; Pope Benedict XVI; Religion And Values; Religious Hypocrisy; Rick Warren; (more...) Right Wing Hypocrisy; Right Wing Mindset Culture; Wars, Add Tags  (less...)
Add to My Group(s)
Go To Commenting
The views expressed herein are the sole responsibility of the author and do not necessarily reflect those of this website or its editors.