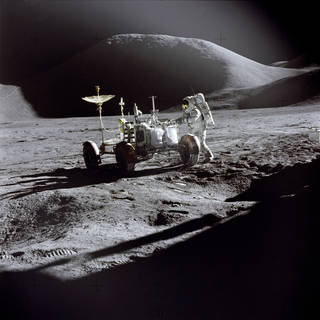 Fifty years since the first Moon landing, President Trump announced that he wants humans back there by 2024. With Trump also revealing plans for a permanent Moon base by 2028, hopes of lunar colonization have been rekindled.

The late Stephen Hawking claimed that Moon colonization was potentially "the only thing that saves us from ourselves". Others thinking along similar lines, others believe that Earth is destined to become uninhabitable in our lifetime, leaving humans no choice but to move to the Moon.

Given such thinking, lunar living seems like it could be on the horizon, but how would this work in practice? Betway's Insider put our finest minds together to work out just how practical, or even possible, life on the Moon would be.

As environmentalists push for urgent action to save our planet, some people are setting their sights beyond Earth itself. Amazon founder Jeff Bezos has his eye on the Moon, dedicating his Blue Origin Blue Moon Project to kickstarting space coloniation. Rapidly rising temperatures are causing the world's ice sheets to melt, leading to more drastic worldwide climate events. Heatwaves and hurricanes will become more commonplace, causing the world's remaining ice sheets to melt even faster. This last happened thousands of years ago, raising sea levels by a massive 30 feet; if this were to happen today, we could see severe flooding in major cities, including New York and London.

The Moon has several ice reserves in the south pole and a relatively stable 0°C temperature. While this seems intensely cold, most other areas on the Moon fluctuate between a daytime average of 123°C and -190°C at night. The lack of atmosphere and weather also necessitates protection against solar radiation, as well as frequent meteor crashes, which cause 300 tons of water loss each year.

Any shelter would need to be built from available resources. Lunar regolith-a fine Moon dust-is similar to Earth's volcanic sand, and can be made into bricks through a process called microwave sintering. This uses concentrated sunlight or lasers, to bond materials together, creating interlocking Lego-like bricks that offer natural protection against radiation.

However, no matter how many buildings are potentially constructed on the moon, legally, land on the Moon cannot be privately owned, despite many companies claiming lunar real estate. The Outer Space Treaty of 1967 states that no part of the Moon can be owned by sovereign nations, meaning governments can't guarantee lunar property rights. The most logical solution suggested is a licensing scheme, which recognizes physical structures on the Moon as private property, not the underlying land itself. This approach is commonly used here on earth, so the land is treated as part of the "commons."

The reality of life on the Moon

Each person eats roughly 1,095 to 1,825 pounds of food every year, but we would need even more to maintain a healthy diet on the Moon. Simply existing on its surface burns around 300 calories per hour-three times the Earth rate. We'd need even more energy to complete daily two-and-a-half-hour workouts to maintain bone mass, muscle strength and heart performance in the face of the Moon's low gravity levels, approximately one-sixth of those on Earth.

Sports writer and numbers man who produces infographics for a range of different sports, including football, cricket and horse racing. Occasionally contributing to the casino,

Related Topic(s): Lunar Moon Colony Colonization; Moon Of Earth; Space Exploration, Add Tags
Add to My Group(s)
Go To Commenting
The views expressed herein are the sole responsibility of the author and do not necessarily reflect those of this website or its editors.

Lunar living: What would life on the Moon be like?