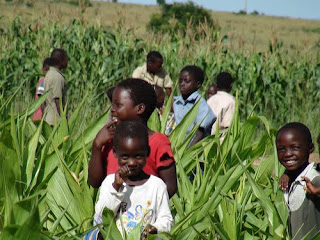 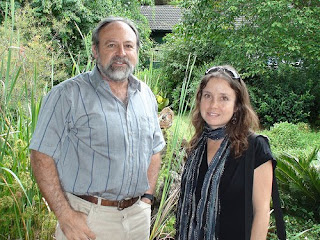 (Image by Unknown Owner)   Details   DMCA
The bus ride from Lusaka, Zambia to Harare, Zimbabwe with a company called EasyGo Bus company lasted four hours longer than it should have (total trip was nearly 12 hours). We spent four hours at the border crossing, where everyone's belongings were examined, less for security and more to squeeze as much money as they could from undeclared goods. Baboons outnumbered people at the crossing, they have mastered the art of swiping food from unaware passengers, and they seemed to want to be near the humans most afraid of them (ie. me).
Once we got going our bus abruptly stopped. A wild elephant stood in the middle of the road, staring down our bus, ears flaring. It was mad, and ready to charge. Seeing all the Zimbabwean passengers freak out made me really scared about our safety. Slowly the bus began to reverse away, even the driver was scared, and we sat and waited in silence till the elephant got bored.

When we finally arrived in Harare, it was nearly midnight, and the bus station isn't exactly the friendliest place for a bunch of Americans to chill out at that hour looking for a taxi. Our backpackers hostel is called "One Small World" and every room is named after the capital city of a different African country (we stayed in Windhoek, Namibia). We had a series of jam-packed days ahead, so we passed out, only to awaken to the fact that the water didn't work and the power was out. Power outages are something we've gotten used to, spending nearly three days in the dark in Lilongwe, and facing outages nearly everywhere in East Africa.

After the economic collapse here, inflation skyrocketed the Zimbabwe currency out of control (ever seen a trillion dollar bill?) As of today, they are using the US dollar as the main currency for the country (with several people telling us that it will soon switch to the South African Rand).

We started the day meeting with Raol DuToit, who'd spent twenty years with the World Wildlife Fund and now works directly for rhino conversation. Listening to Raoul, he was an encyclopedia on every major conservation issue relating to Southern Africa. 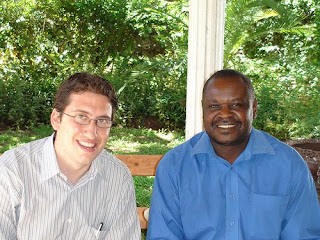 (Image by Unknown Owner)   Details   DMCA
Following that meeting, we visited an Italian restaurant called Leonardo's to break bread with a true hero of mine: Wellington Chibebe, the Secretary-General of the Zimbabwe Congress of Trade Unions. A dedicated activist his whole life, Wellington is arguably the most important public figure in the fight for freedom and democracy in Zimbabwe. Despite having been jailed numerous times, badly beaten, and under constant surveillance -- this brilliant, mild-mannered man spent a few hours passionately telling us about the struggle to bring change to his country, the heroic role the labor movement plays in the movement for democracy, and the spirit of the people to overcome fear.

ZCTU was the force behind creating the first successful electoral opposition to President Robert Mugabe, winning a presidential and parliamentary elections for the Movement for Democratic Change (MDC), whose leader and the current Prime Minister under the 2008 power sharing agreement Morgan Tsvangirai, is also the former Secretary-General of the ZCTU. They won against seemingly insurmountable odds: almost all print, television and radio was controlled by the ruling party, people faced massive voter intimidation and suppression, and opposition activists were routinely arrested and jailed.

Wellington spoke with great hope and urgency about the direction of the country, feeling that some progress is being made under the 2008 power sharing agreement (Mugabe refused to give up power, but shares the government with the MDC), and also stressed that the labor movement belonged to no political party and would be an independent voice holding politicians accountable and standing strong behind policies of good governance and democracy. He reminded us that even good politicians sometimes lose their way.

### BAD OBJECT WITH BAD URL: youtube.com ### (If you believe it to be a reliable, safe site, please email us at rob@opednews.com and we will consider adding the site to our whitelist.) 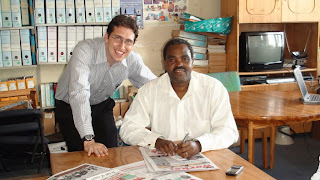 (Image by Unknown Owner)   Details   DMCA
Afterwards we visited the editor of "The Worker", Ben Madzimure. This newspaper, sponsored by ZCTU and supported by the Solidarity Center. "The Worker" is one of the five independent print media sources not controlled by the government, and one of it's most important watchdogs. The newspaper reaches deep into the country thanks to the structure of the ZCTU. Zimbabwe is one of the most literate on the African continent (approximately 90 percent), so their role in distributing alternative perspectives is so critical. I can't say enough about how important a role they serve, when almost all other print, television, and radio is government controlled.

The next day we spent with the leadership of ZCTU. Having the time to learn and listen from these courageous men was an experience I will never forget. As much horror that I felt about what continues to happen in Zimbabwe against the poor and basic democratic freedoms, as I looked at these strong and resolute leaders in the eyes, I couldn't help but feel so much hope for the future, especially after meeting with many rank and file members at the local level later that day. 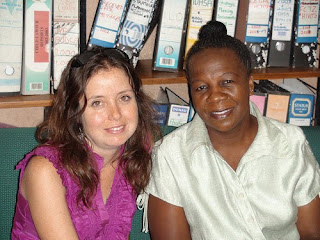 (Image by Unknown Owner)   Details   DMCA
We also spent the morning meeting with the General Secretary of the General Agriculture and Plantation Workers' Union of Zimbabwe, Getrude Hambira. She spoke about the current conditions for farm workers, many of whom are terribly exploited with few ways to adequately redress exploitation.

In addition, we visited the research arm of ZCTU, the Labour and Economic Development Research Institute of Zimbabwe. They are part of a regional alliance of labor researchers, called African Labour Research Network (ALRN), also supported in part by the Solidarity Center and the Canadian Labor Congress. They've put together a training manual that outlines ZCTU's "8 core socio-economic rights" and are using that material to train union activists across the country.

More than 80 percent of jobs in Zimbabwe have been informalized resulting in a very large informal sector. These informal sector workers, often the most exploited and the most ignored, formed a union in 2002 called Zimbabwe Chamber of Informal Economy Associations, an associate of the Zimbabwe Congress of Trade Unions (ZCTU), to help win a voice in government.

### BAD OBJECT WITH BAD URL: youtube.com ### (If you believe it to be a reliable, safe site, please email us at rob@opednews.com and we will consider adding the site to our whitelist.)

We were given the opportunity to visit two community projects coordinated by the informal workers association with President Beauty Mugijima and program coordinator Elijah Mutemeri. 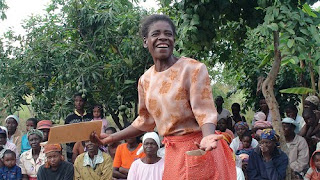 (Image by Unknown Owner)   Details   DMCA
The first project was a village where they were working with the local community to build a school in an area where hundreds of people were forced to relocate during "Operation Restore Order." As part of a de-urbanization program under Mugabe, the controversal leader of the country, nearly 2 million workers were forcibly removed from their homes in cities, stripped of their belongings, and forced to live in rural areas, without any agriculture skills or training. We met with this community, who although they had very little resources and volunteer support, where trying to build a school to teach area children. They recently succeeded in getting accredited by the local government and the community is pushing local public officials for additional resources to build the school. The visit was especially inspiring because the teachers working there endured long commutes because they believed in helping the community. Many families in the makeshift town were also raising orphan or abandoned children, as well their own.

BorderJumpers.org began in October 2009 in Addis Ababa, Ethiopia -- when Bernard Pollack and Danielle Nierenberg began a journey to visit nearly every country in Africa. At every stop they are meeting with farmers, community organizers, labor (more...)
Related Topic(s): Government; People; Security; Travel; Wildlife, Add Tags
Add to My Group(s)
Go To Commenting
The views expressed herein are the sole responsibility of the author and do not necessarily reflect those of this website or its editors.