Click Here to Remove All Ads
"....For less than a few thousand dollars, Cope and Reichert snapped up a dilapidated bungalow in a north Detroit neighborhood called "BanglaTown," for its unexpected mix of Bangladeshis, African-Americans, Polish and Ukrainians and the occasional shady character...."
CNN News 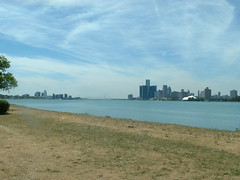 (Image by Unknown Owner)   Details   DMCA
Image by dherrera_96 via Flickr
Recently, the news has been Detroit is losing most of its retail stores. The city used to be the heart of America. Now the heart has been ripped out of America.

It's Industry sent all over the world and all that is left is the pride of its people.

Detroit represents the end of the line for what was once the envy of the world, American industry. But it isn't only Detroit but all of the "rust belt" Midwest that is dying.

Things have become so bad that consideration is now being given to demolishing whole sections of our rust belt cities.

But in the mean time if you have $100 you might be able to pick up a bargain home in Detroit.

Related Topic(s): Detroit; Homelessness; Rust Belt, Add Tags
Add to My Group(s)
Go To Commenting
The views expressed herein are the sole responsibility of the author and do not necessarily reflect those of this website or its editors.