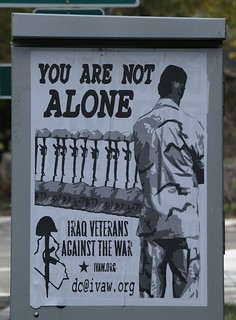 You fight, you kill, you watch friends die, and you notice a distinct lack of change. You kick in doors and tell terrified women to sit on the floor while you and your friends ransack their home, tearing the place apart, because they might be hiding weapons. There is no reason to believe this house in particular is enemy, same for the next one, and the one after that, or the seven before; they just happened to be there, and maybe they had weapons. Probably not, they almost never did. There were a few times when we had deliberate raids based on solid intel and we’d turn up some stuff, but generally we were just tossing houses because we could.