The number of confirmed COVID-19 cases across the planet has surpassed 40 million, but experts say that is only the tip of the iceberg when it comes to the true impact of the pandemic that has upended life and work around the world.The milestone was hit Monday morning, according to Johns Hopkins University, which collates reports from around the world.

The actual worldwide tally of COVID-19 cases is likely to be far higher, as testing has been uneven or limited, many people have had no symptoms and some governments have concealed the true number of cases. To date, more than 1.1 million confirmed virus deaths have been reported, although experts also believe that number is an undercount.

The U.S., India and Brazil are reporting by far the highest numbers of cases — 8.1 million, 7.5 million and 5.2 million respectively.. 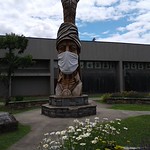