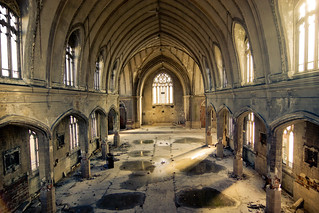 'If it sounds strange that a 21st century trade deal would have language that could deny workers the ability to change jobs, then you weren't paying attention to how the TPP was negotiated. The Obama administration created 21 working groups to help draft the chapters dealing with specific areas. Each working group was dominated by representatives of the major corporations in the affected industries.'

The connection between Silicon Valley and Detroit comes in Article 18.78 of the agreement.