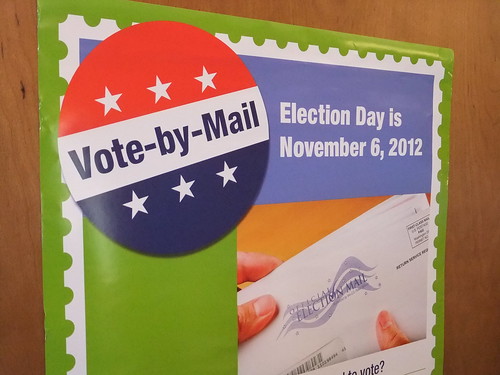 Vote! By hook or by crook--both alternatives may be necessary!
(Image by Robert Stinnett)   Details   DMCA

This Sunday New York Times article is chock full of information explaining how the November election is being stymied in a multitude of ways. The details are memorable if not horrifying—it is an archive forfuture generations, if . . .  you know. One point not considered here, perhaps out of fear or tactfulness or both is the possibility that Trump may call off the election, after destructive interactions with USPS (the writer does discuss USPS) that may elevate the postage cost beyond the means of a sizable percentage of minority voters, that is, Democrats being slapped with yet another form of poll tax.

He’s the one who admitted out and out that the more people who vote, the less likely he will be to win, reiterating the too-honest Mike Turzai of the PA legislature in 2012 and the infamous Paul Weyrich way back in 1988.

It’s time to fight back, but how?

Other Series: View All 96 Articles in "politics in general"