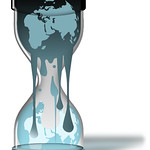 Wikileaks Logo
(Image by DonkeyHotey)   Details   DMCA
WikiLeaks said Tuesday that it has obtained a vast portion of the CIA’s computer hacking arsenal, and began posting the files online in a breach that may expose some of the U.S. intelligence community’s most closely guarded cyber weapons. WikiLeaks touted its trove as exceeding in scale and significance the massive collection of National Security Agency documents exposed by former U.S. intelligence contractor Edward Snowden. A statement from WikiLeaks indicated that it planned to post nearly 9,000 files describing code developed in secret by the CIA to steal data from targets overseas and turn ordinary devices including cellphones, computers and even television sets into surveillance tools.
Read the rest of the story HERE: