In a recent interview with ITV, Assange said the whistleblowing website will soon be leaking documents that will provide “enough evidence” for the Department of Justice to indict the presumptive Democratic nominee. WikiLeaks has already published 30,322 emails from Clinton’s private email server, spanning from June 30, 2010 to August 12, 2014. While Assange didn’t specify what exactly was in the emails, he did tell ITV that WikiLeaks had “accumulated a lot of material about Hillary Clinton, which could proceed to an indictment.” 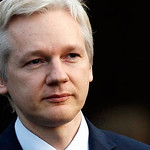 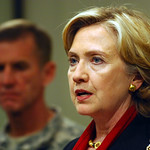 Secretary Clinton Travels to Afghanistan
(Image by U.S. Department of State)   Details   DMCA
Read the rest of the story HERE: