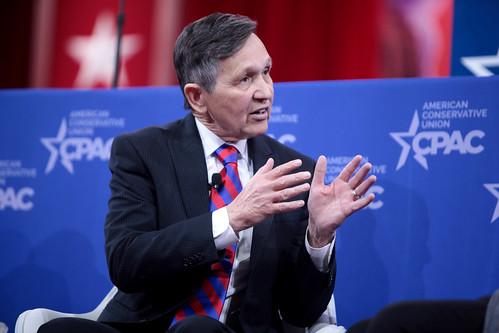 Ohio’s gubernatorial race is in full swing as we approach the May primaries, with a crowded  Democratic field on one side and a practically settled Republican race on the other. Ohio — once a purple state that has reliably backed almost every winning candidate since 1896 — has turned deep red with the near ten-point victory of Trump over Hillary Clinton. Losing Ohio has been a big loss to Democrats, but no year seems better to reverse these misfortunes than 2018. In order for Dems to win big in Ohio, they need a winning candidate leading the gubernatorial race, and that candidate is Dennis Kucinich. Kucinich offers something the rest of the Democratic field simply does not — change for the better: