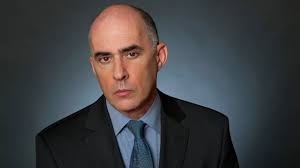 (Image by The Analysis.news)   Details   DMCA

Paul Jay interviews  Peter Kuznick, co-author of "The Untold History of the United States", on The Analysis.news

In 1939, President Roosevelt called on nations at war to refrain from the "inhuman barbarism" of targeting civilians. In 1945, the U.S. firebombed Japanese cities and dropped nuclear weapons killing hundreds of thousands. On the 75th anniversary of the bombing of Hiroshima and Nagasaki ...