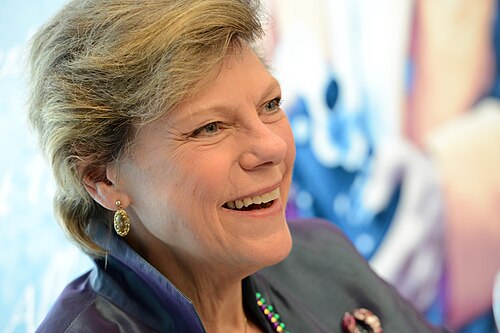 The legendary newswoman, who died at 75, appeared on a Smithsonian podcast earlier this summer to speak about a favorite topic, the first ladies. When asked before the podcast which of the presidents' wives she wanted to focus on, Dolley Madison was among her top picks. The fourth first lady, says Sajet, embodied a model of dealing with Washington society that Roberts, in a way, cast her own career after. “It didn’t matter where you were on politics, Dolley would bring anyone into her drawing room. Everyone could talk it through and work it out," says Sajet. "That was one of the things Cokie was admiring of, I believe, that Dolley brought people of different opinion together in a respectful and open way to talk."