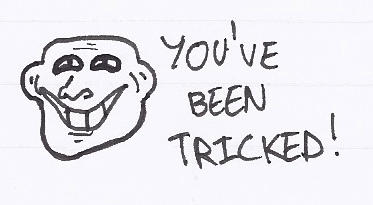 Copyrighted Image? DMCA
'Remember when Trump and his proxies assailed Hillary for  being too close to Goldman Sachs because she gave a couple of speeches there? Well, . Check out that “swamp draining.” Trumpkins, you’ve been scammed. Chief strategist Steve Bannon: Goldman Sachs\. Transition adviser Anthony Scaramucci: Goldman Sachs. Commerce secretary nominee Wilbur Ross: Rothschild & Co. Possible budget director Gary Cohn: Goldman Sachs. Potential secretary of state Mitt Romney: Bain Capital. Trump is just getting started  the partners at Goldman own 30.65 million shares. Which means that the partners at Goldman Sachs, in total, are $1.3 billion richer than they were on November 8, thanks to Trump’s election.There’s a sucker in this game Trump voters— and it’s you.'
Read the rest of the story HERE:

Other Series: View All 623 Articles in "lies & propaganda:: the rant"

Other Series: View All 555 Articles in "Trump"