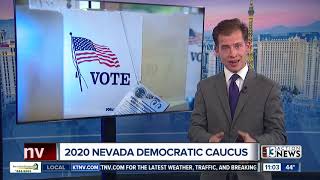 IDP was introduced to the app through Nevada’s party. AP declined to name a winner, even though IDP said Buttigieg edged out Sanders in delegates.  The contract demonstrated that DNC must have forseen problems. Perez elected DNC chair 2/2017, made security a top priority in the wake of 2016 Russian hacks. “It will not be used in Nevada or anywhere else during the primary election process.” Perez blamed IDP for the mess. The Iowa source found Perez’s comments “extremely frustrating” because he did not disclose the DNC’s extensive role in the app~“They were intimately involved in this process,” noting the committee’s deputy CTO Atwater, was on conference calls during.  The contract specified that the firm would not take on any clients that would conflict with its work on the Iowa caucus; a section identified “current Shadow consulting clients” (just one: Nevada State Democratic Party)