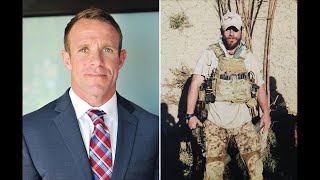 While Gallagher was serving Mosul in 2017, he killed an ISIS fighter who was being treated by US medics, posed for photos next to his corpse and then pressured other SEALs not to report him. Fellow SEALs testified that he also shot at noncombatants.

Gallagher was found not guilty of all but one charge, posing for a photo with a human casualty. He faces a maximum sentence of four months, although he has already served 201 days. The chief special warfare operator was accused of seven criminal counts: premeditated murder, willfully discharging a firearm to endanger human life, posing for a photo with a casualty, retaliation against members of his platoon for reporting his alleged actions, obstruction of justice, and the attempted murders of two noncombatants, a man in June 2017 and a young girl the next month.