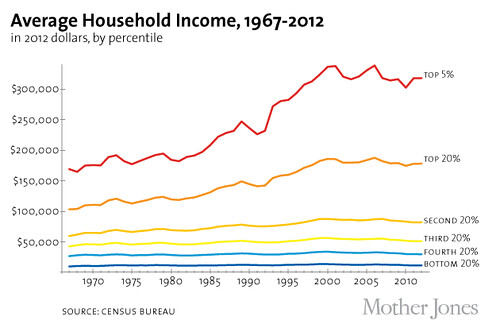 US Average Household Income Rising Inequality 1967-2012
(Image by devendramakkar)   Details   DMCA
The wealthiest 1% has taken $50 trillion from working Americans and redistributed it, a new study finds. Here's what that means.
Read the rest of the story HERE: