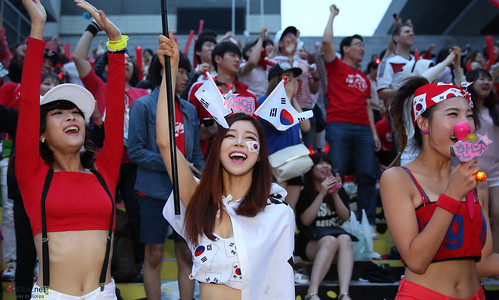 Korea_Fans_Cheers
(Image by KOREA.NET - Official page of the Republic of Korea)   Details   DMCA

"They want to talk. And we want to talk also, only under the right conditions. Otherwise, we're not talking," Trump said at a meeting with U.S. state governors at the White House.

He did not elaborate on what the conditions would be, but slammed previous U.S. administrations for failing to tackle the problem of North Korea's nuclear weapons program.

"Other presidents should have solved this problem long before I got here," he said. "And they've been talking for 25 years, and you know what happened? Nothing."