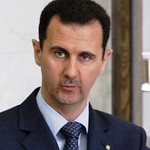 Once upon a time, Hawaii Rep. Tulsi Gabbard traveled to Syria and met with the strongman President Bashar Assad. She considered her willingness to engage all sides of the country’s bloody civil war to be an important step toward peace. For this bold action, she was widely pilloried at the time and considered by some an authoritarian apologist or outright traitor. The claim was repeated again recently by the ever-so-mainstream California Sen. Kamala Harris, a fellow Democratic presidential hopeful. The attacks on Gabbard’s Syria record have been quite regular among Washington insiders, who considered the congresswoman foolish. But was she? More than two years later, given events in Syria, one must conclude that she certainly was not. Indeed, Gabbard was right all along.