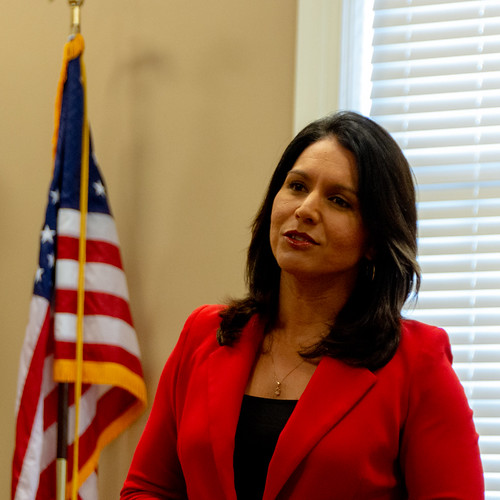 She’s the first from her ethnic background to make it to Congress and the first of her religion too. And of course, she’s a woman as well. Now you might have thought that those PC hipsters and Inside the Tent self-proclaimed ‘feminists’ who championed ‘Hillary for President’ not so long ago, and were telling us what a huge advance it would be for women around the globe for the US to have its first female president, would be falling over themselves to endorse Tulsi Gabbard, who not only has the right sex, but ticks other diversity boxes too.