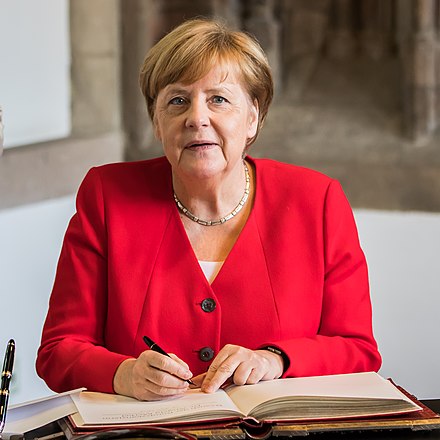 German Chancellor Angela Merkel doesn’t give speeches on TV. So the fact that she faced the camera and spoke to the nation  made the gravity of the situation clear. “Es ist ernst,” she said—“This is serious”— and those 3 bland words had more power than a hellfire sermon. Merkel made no specific announcements and called for no nationwide curfews or additional closures... what gave her address its force was her tone, which was direct, honest, and searingly empathic. She laid bare not just the test we all face but also the solace that leadership can provide. Without accusations, boasts, hedges, obfuscations, dubious claims, or apocalyptic metaphors she did what a leader is supposed to do: explain the gravity of the situation and promise that the government’s help would flow to everyone who needed it. No American could hear her statement and fail to contrast it with our own leader.