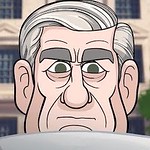 Was FBI-staged Russian 'honeytrap' the only 'deep state' anti-Trump plot?

Revelations by former Overstock CEO Patrick Byrne about ‘Russian agent’ Maria Butina are yet another dot in the pattern of behavior by US intelligence agencies who were involved in the ‘Russiagate’ conspiracy.

Comey, you may recall, was fired by Trump in May 2017 on recommendation of Deputy Attorney General Rod Rosenstein. This triggered calls for the appointment of special counsel – the job that went to Comey’s friend Robert Mueller. Both Comey and Rosenstein were involved in “spying” on the Trump campaign via adviser Carter Page, using FISA federal warrants predicated largely on the so-called Steele Dossier, a collection of claims paid for by Hillary Clinton’s campaign.