here are only so many polite words that come to mind when one spots a ship apparently hovering above the ocean during a stroll along the English coastline.

David Morris, who captured the extraordinary sight on camera, declared himself “stunned” when he noticed a giant tanker floating above the water as he looked out to sea from a hamlet near Falmouth in Cornwall.

The effect is an example of an optical illusion known as a superior mirage. Such illusions are reasonably common in the Arctic but can also happen in UK winters when the atmospheric conditions are right, though they are very rare. 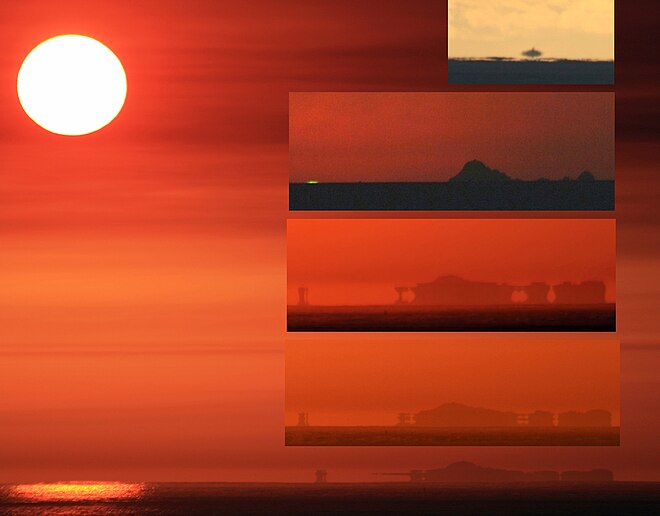