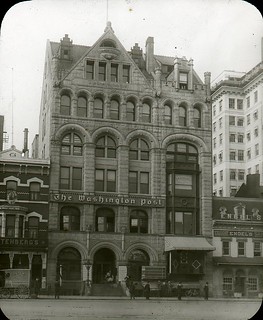 Is the Washington Post stuck in the past?
(Image by DC Public Library Commons)   Details   DMCA
Is the Washington Post stuck in the past? It loves to frame differing opinions about policy costs as deception. It’s not news that the Washington Post’s editorial board has been lobbying against Sen. Bernie Sanders since the beginning of his improbable presidential campaign. Sometimes this editorial ethos seems to extend to other parts of the paper, as it did in March, when the Post managed to run 16 negative stories about Sanders in 16 hours. While the Post has published the occasional pro-Sanders piece, , the Jeff Bezos–owned publication was back at it yesterday when it pounced on a tax study by the Urban Institute, running four pieces (two by Post writers, one by the editorial board and one by the AP) in one afternoon. Do the math.
Read the rest of the story HERE: