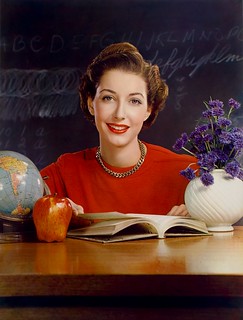 Comedy Central duo has long been using comedy to challenge injustice. Now they’re tackling education.The skit is sure to win a few laughs, but it also contains an incisive social critique. Unmasking the sheer absurdity and contingency of our athletic obsession, “TeachingCenter” shatters the world we take for granted. Above all, it helps us to tangibly imagine our ideals. It really might be possible to obsess over teachers the way we do athletes.  The new skit portrays actors Keegan-Michael Key and Jordan Peele as primetime anchors of “TeachingCenter,” a show meant to mimic ESPN’s flagship athletic program, SportsCenter. …The two hosts obsess over new teaching trades, a live draft for teachers, and an in-depth analysis of pedagogical technique. We even get a glimpse at a BMW commercial starring an educator.

Series: "TEACHER PROFESSIONALS: All about LEARNING"