"Economic sanctions" sounds like a measured, non-violent response, but in today's global economy it is an effective way to inflict mass suffering on civilians, depriving them of food and medicine. Economic sanctions have killed more people than have bombs and drones. Sanctions meet the definition of terrorism.

It is a horrific crime, but there's method in our madness. In fact the fate of the US economy hangs on our sanctions against Iran, Iraq, Libya, and now Venezuela. We, the American middle class, have been consuming a great deal more than we have been producing for the last 37 years. Our prosperity is based on the value of the dollar, and the only thing backing the dollar is oil. 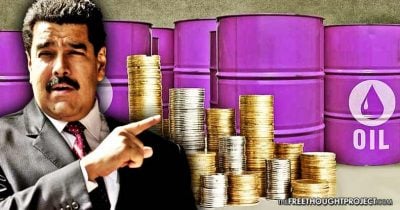