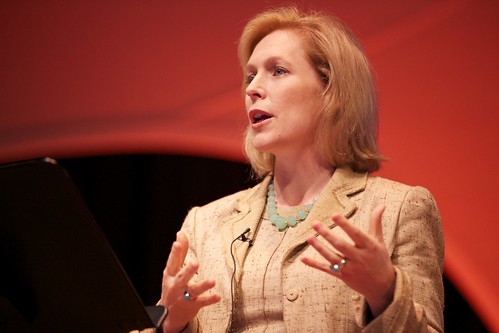 USA Today weighed in—big time—with an editorial that might actually reach Trump's fans. The Gannet paper with a national circulation that rivals the Times and The Wall Street Journal is the furthest thing from a liberal, coastal elite newspaper suspected of "Fake News" by Trump bots.  Here's what they said about the president's attack on Senator Kirsten Gillibrand: "A president who would all but call Sen. Kirsten Gillibrand a whore is not fit to clean the toilets in the Barack Obama Presidential Library... as is the case with all of Trump's digital provocations, the president's words were deliberate. He pours the gasoline of sexist language and lights the match gleefully knowing how it will burst into flame in a country reeling from the #MeToo moment."