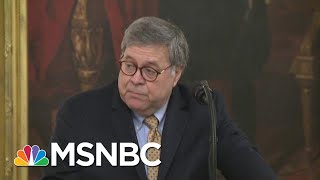 ore than 2,000 former Justice Department officials who served in Republican as well as Democratic administrations signed a statement calling on Barr to resign. Philadelphia US District Judge Cynthia Rufe, who serves as president of the 1,100-member Federal Judges Association, told USA Today that the group "could not wait" until a regularly scheduled April conference to discuss a "deepening crisis" involving the department and Barr. She said members called for Tuesday's meeting following Trump's criticism of the original sentencing recommendation for Stone, according to USA Today. "There are plenty of issues that we are concerned about," Rufe said, according to the newspaper. "We'll talk all of this through." Rufe told USA Today that the association "voiced strong support" for Judge Amy Berman Jackson, who is overseeing Stone's case.