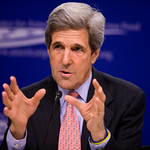 Washington has “suspended” bilateral contacts with Moscow over the Syrian crisis, the US State Department said. US officials had threatened for a week to withdraw from the Syrian peace process, after the latest ceasefire negotiated by Foreign Minister Sergey Lavrov and Secretary of State John Kerry collapsed amid bloody fighting. While contacts between US and Russian military to “deconflict” encounters between their aircraft in Syrian skies will continue, the US is withdrawing personnel that was dispatched for the purpose of setting up the Joint Implementation Center (JIC) for the ceasefire, agencies reported citing the State Department.