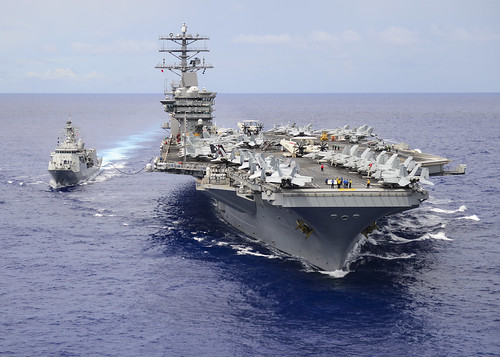 'This naval buildup, designed to prepare for an all-out war in which securing supply lines between North America and Western Europe would be a priority, is justified with propaganda indicting Moscow’s aggression, Russian military expansion and the “annexation” of Crimea. All of this turns reality on its head.

'Having waged a quarter of a century of uninterrupted wars of aggression in the Middle East, the US and its NATO allies are seeking to militarily encircle Russia, which is viewed as a principal impediment to US imperialism’s assertion of its hegemony over the Eurasian landmass.'

Former teacher, born in the US but longtime resident of Germany. Author of "Looking for the Enemy," "The Transparent Conspiracy," et al.