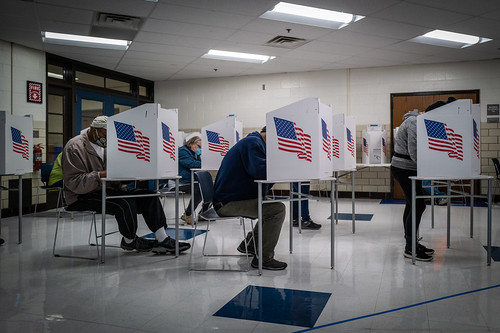 "By the time [officials] declared the 2020 election 'the most secure in American history,' a larger truth was apparent: democracy had prevailed.

But 2021 has been far from a celebration of democracy. It’s been the opposite – American democracy is under attack.

"Seizing on Donald Trump’s lies about fraud in the 2020 election, Republicans have launched a brazen attack on voting, part of an effort to entrench control over a rapidly changing electorate by changing the rules of democracy. As of mid-February, 253 bills were pending to restrict voting in 43 states. Many of those restrictions take direct aim at mail-in and early voting, the very policies that led to November’s record turnout."