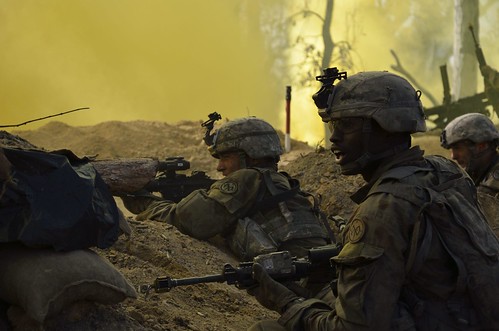 Despite being delayed by the PyeongChang Winter Olympics, the annual war games on the democratic side of the Korean Peninsula are pushing through. The war games consist of two drills. The first, called "Foal Eagle", is a series of field-training exercises combining ground, air, naval, and special operations.

The second drill, called "Key Resolve", is a computer-simulated command post exercise that's set to be held for two weeks starting April 23. This year's war games are more low-key compared to previous years, possibly to avoid provoking North Korea, who has always objected to them.