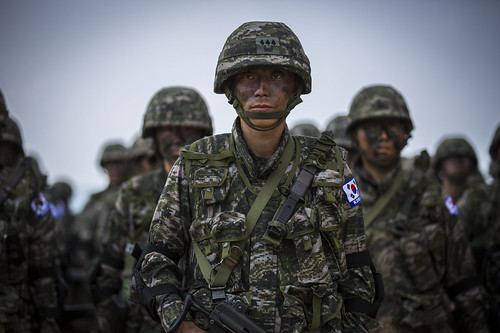 The new headquarters of the United States Forces Korea (USFK) are also in Camp Humphreys which spans 14.6 square kilometers in area.

The U.S. military has been stationed in South Korea since September 1945 when Washington dispatched its troops for the first time here. Their mission was to disband remaining Japanese armed forces here after they surrendered to the Allied Forces on Aug. 15, 1945.