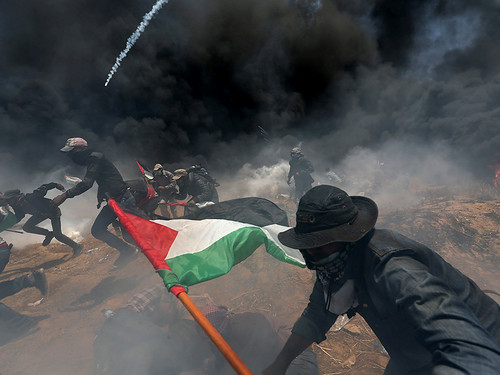 Human rights groups demanded accountability and justice for victims  after UN investigators said Israeli troops may have committed war crimes during anti-occupation protests in Gaza last year."The Israeli security forces killed and maimed Palestinian demonstrators who did not pose an imminent threat of death or serious injury to others when they were shot, nor were they directly participating in hostilities," the U.N. officials wrote in a new report, which relied on interviews, thousands of documents, and video footage showing Israeli soldiers using live ammunition against Palestinians—including children, journalists, and medical workers. According to the report—which is the result of a months-long investigation—Israeli snipers killed over 180 unarmed Palestinians and injured more than 6,100 others with live ammunition between Mar. 30 and Dec. 31 of last year.