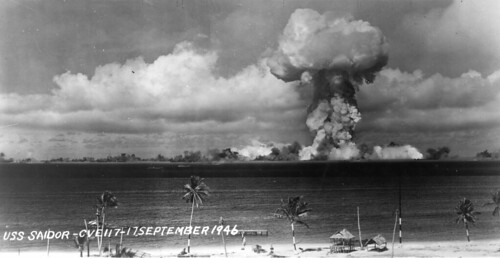 UN Secretary General Antonio Guterres raises concern that a concrete dome built during the Cold War to contain waste from atomic bomb tests by the US and France is leaking radioactive material into the Pacific.

“The Pacific was victimized in the past as we all know,” he said, referring to Cold War-era nuclear explosions carried out by the United States and France in the region.

The island nation was ground zero for 67 American nuclear weapon tests between 1946 and 1958.

At the time, numerous islanders in the Marshalls were forcibly evacuated from ancestral lands and resettled, while thousands more were exposed to radioactive fallout.