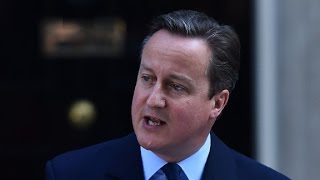 UK Prime Minister David Cameron has authorized more troop deployment to other Europe countries in a show of force against Russia in the aftermath of leaving the European Union (EU). Cameron, who is in Warsaw, Poland, to attend a NATO summit, is expected to make a case against those who doubt London’s commitment’s to the security alliance after the June 23 referendum, when 52 percent of Britons voted to leave the EU. Cameron will tell NATO and allied leaders in the summit that Britain is set to deploy 650 more armed forces in the Baltic States—Lithuania, Latvia and Estonia—as well as Poland, to help thwart “Russian aggression.”