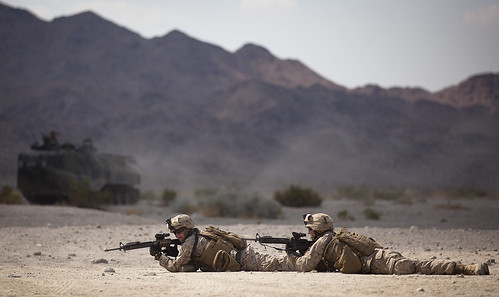 A U.S. service member was killed in Afghanistan’s restive Helmand province Tuesday after his patrol triggered a roadside bomb. The blast also wounded another American and six Afghan soldiers. According to a statement released by the NATO-led mission in Afghanistan, U.S. troops were accompanying their Afghan counterparts near the province’s capital of Lashkar Gah when their unit came under attack. “On behalf of all of U.S. Forces — Afghanistan, as well as Resolute Support, our deepest sympathies go out to the families and friends of those involved,” Gen. John W. Nicholson, commander of U.S. forces in Afghanistan, said in a statement. The incident is currently under investigation, and the identity of the deceased service member will be released following notification of next-of-kin.