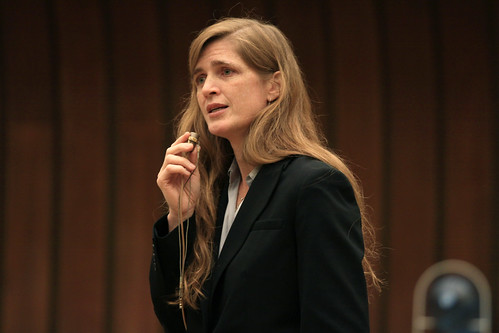 Russia accuses US of bombing Syrian troops and risking ceasefire

US ambassador to the UN, Samantha Power, described Russia's call for a UN emergency closed-door security council meeting over ['NATO bombing to aid ISIS terrorists against the Syrian Army during heavy fighting in Aleppo]  a “stunt” that was “uniquely cynical and hypocritical”.

She said Russia had for years blocked UN punitive measures against the Syrian regime of Bashar al-Assad.

Russian envoy to the UN, Vitaly Churkin, declared that in his decades as a diplomat he had “never seen such an extraordinary display of American heavy-handedness as we are witnessing today” after the meeting went ahead...