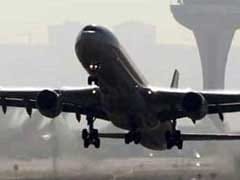 US To Ban Some Airline Passengers From Carrying Larger Electronics
(Image by ndtv.com)   Details   DMCA
Passengers on foreign airlines headed to the United States from 10 airports in eight majority-Muslim countries have been barred from carrying electronic devices larger than a cellphone under a new flight restriction enacted on Tuesday by the Trump administration. Officials said the new directive was not based on information pointing to a credible, specific threat of an imminent attack. Instead, it reflected a new consensus among American intelligence agencies that terrorist groups such as the Islamic State or the Al Qaeda franchise in Yemen are increasingly trying to find ways to smuggle explosive devices hidden in electronic devices, like laptops.
Read the rest of the story HERE: