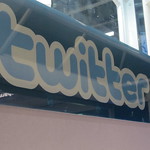 Twitter will discontinue Vine, its looping short video app, the company announced Thursday shortly after news broke that it would lay off about 9 percent of its workforce. In a post on Medium, Twitter did not provide a reason for the shutdown, but the social networking service has been unable to find a buyer and continues to lose money. But the company said nothing would happen to users’ content just yet. “You’ll be able to access and download your Vines. We’ll be keeping the website online because we think it’s important to still be able to watch all the incredible Vines that have been made,” the company said in the post.