Rep. Tulsi Gabbard of Hawaii officially abandoned her campaign for the Democratic presidential nomination on Thursday and offered support to former Vice President Joe Biden, saying it’s clear that primary voters have chosen him to take on President Trump.

“Although I may not agree with the vice president on every issue, I know he has a good heart, and he’s motivated by his love for our country and the American people,” she said in a video to supporters she posted on Twitter. She said Biden would “help heal the divisiveness that has been tearing our country apart.” 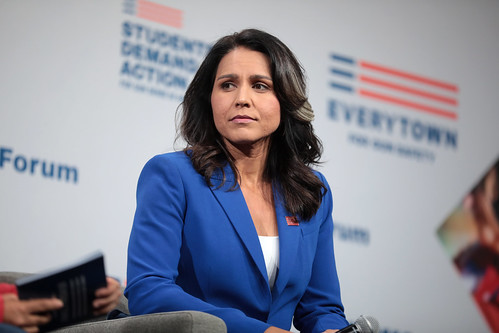