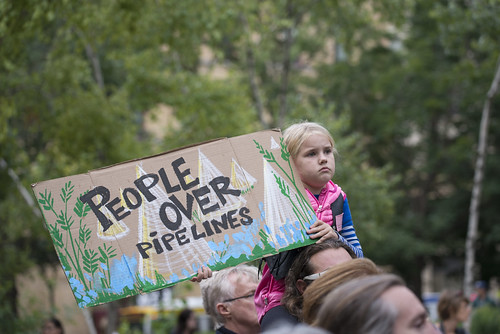 Pres. Trump signed executive orders today that will make it easier for TransCanada to build the Keystone XL pipeline and for Energy Transfer Partners to build the final uncompleted portion of the Dakota Access pipeline. The Keystone XL requires state approval, and NB landowners fought a year-long legal battle with TransCanada over the project. The company withdrew its application with the state's Public Service Commission in Nov. 2015 after the State Dept. decision. NB activists are likely to renew their protests. Trump has less room to maneuver when it comes to DAPL. The executive order "directs agencies to expedite reviews and approvals for the remaining portions of this pipeline," White House press secretary Spicer clarified during a news briefing. Should the Army Corps of Engineers' current environmental review pave the way for a new route, that plan will likely to face a lawsuit.