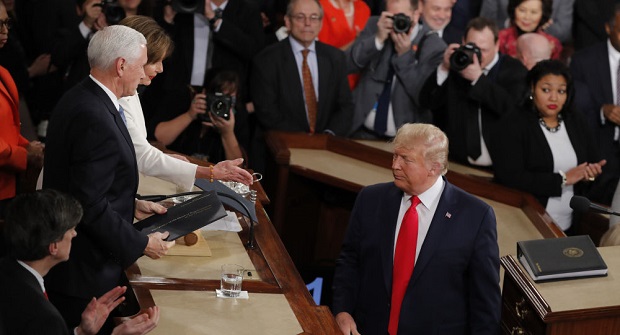 The exchange between him and Pelosi reflected the 'gloves off' political conflict now about to begin
(Image by sputniknews.com)   Details   DMCA

He turned to vice president Pence and House of Representatives leader, Pelosi, both sitting behind him on a dais. Trump handed them his speech, as is the tradition.

He then abruptly turned away from Pelosi refusing to shake her extended hand - as traditional decorum has always required. Pelosi, shocked by the snub, in turn took the written speech and tore it up.

All this was caught on national TV. The event was symbolic of the fight will now escalate and get even more vicious in the run up to November.