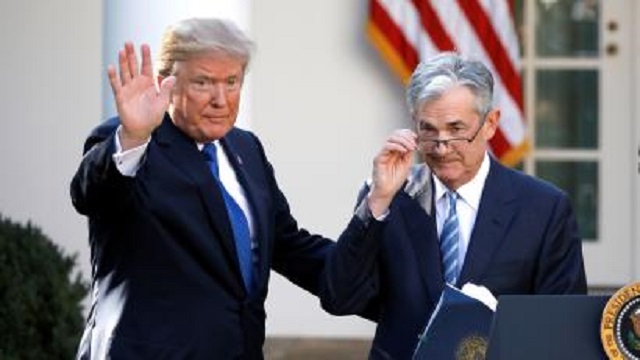 Fed tightening through the end of 2018 is just beginning to show damage in the real economy. .

Despite the Fed statement about interest rate pause in March, the Fed has not stopped tightening. It is via the little-noticed policy called Quantitative Tightening, the moves by the Fed to tighten money liquidity in the banking system and economy.

If a recession now unfolds over the next 6 months until the November, 2020 elections, it will once again by the “gods of money” at the Fed and their banker backers who caused it. If Trump then loses the 2020 re-election it will owe more to the Fed than to his bizarre Democrat opponents.