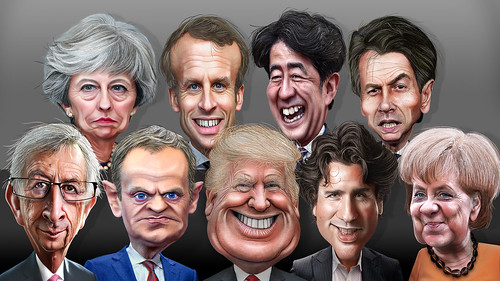 It’s been an exceptionally bad and destructive week of terrifying our allies and legitimizing our enemies.

Russia, Iran, Syria, and other bad actors want to thank you, Mr. President. You sent the clearest of signals that sanctions regimes, inspections, and verified denuclearization are no longer relevant.

Evidently, all the bad guys have to do is kiss your ample ass long enough and shower you with enough superficial praise and they can play you like the trifling intellectual lightweight you most certainly are.

Ever wonder what the consequences of legitimizing a nuclear-armed madman who has used chemical weapons on his own family, starved his people, and engaged in systematic mass murder to retain power might be? Congratulations! You’re about to find out. Us too.